A downloadable game for Windows

Sometime in the mid-1980s development began on a technology that, had it gone to market, would have changed video gaming as we know it.  A complete virtual-reality system meant for arcades, utilizing twin head-mounted vector monitors of the type used in games such as Battlezone, Tempest and Star Wars.

Sadly, funding for the project dried up before it reached completion, and the first game for the system - VekWars - never saw the light of day, continuing to exist only in rumor and a handful of blurry photographs from the period.

But now a team of digital archaeologists based in Austin, Texas have successfully extracted the source code for this game from a dusty 8-inch floppy disk provided by an anonymous benefactor.  We are pleased to present VekWars - fully updated to support modern virtual-reality systems (or non-VR monitors) and playable for the first time in over 35 years!

Note: VekWars is best experienced in VR, but if you're using the itch.io launcher, sometimes it can't find your VR headset.  If this is the case, try launching the executable directly.

Welcome to the year 2385.  Humanity is locked in a deadly war with the evil Xilorian Empire. The key to winning this war lies in the unique properties of Vektrox Ore.  Found on only one planet in the galaxy, human mining colonies are under constant attack by invading Xilorian forces.

You are in charge of defending a cache of blue ore crates from waves of Xilorian ships that will attempt to steal them.  Your defense turret sits in the middle of a ring of crates, and is equipped with a powerful laser cannon, three missiles, and a shield system to protect you from enemy attacks.  Xilorian saucers may appear at any point around you and will fly in and attempt to steal the crates. Point at them with your targeting reticule and pull the trigger to fire your lasers and destroy them. If an enemy saucer is taking off with a crate, they will drop it if shot, but be careful not to accidentally hit the crate and destroy it yourself! If all crates are lost, then the game is over.

Watch out for red enemy fighters that will fire missiles at your turret. Shoot the missiles before they hit you to avoid losing shield energy.  After three direct hits your turret will be destroyed and the game will be over.

Use the secondary fire button to launch a highly-destructive NovaRocket at the enemy.

At the end of each attack wave your turret's energy shield is recharged, and a new NovaRocket provided, up to a maximum of three.

In order to download this game you must purchase it at or above the minimum price of $3 USD. You will get access to the following files:

Regarding the Update and beware post:  I ran the PC version with Quest 2 using Virtual Desktop and I didn't have the weird, vertical lines.
Regarding the game.. this took me back to my early childhood, loved it. Although I missed a simple snap turn option so I can play it seated.
Another thing is that there's not much 3D effect, I have no idea if this is a setting that can be changed by the developer?

Sorry you're having this issue. We will investigate. Can you give some more details? Are they always visible or only at specific times?

Hello.  I've just uploaded a build which may fix this issue.  If you have a chance to give it a try to confirm I would really appreciate it.

Yep, that fixed it. That's a fast turnaround! :)

Can this be played using a mouse &/or keyboard?  I figured out to do primary & secondary weapons fire on the keyboard, but not how to move the targetting reticule around.

Hi there. You can't move with the keyboard, but mouse should work as long as you are not in VR Mode. If playing in VR a motion controller is required.

Thanks.  How do I turn off VR Mode?

You can do it from the options menu, but clicking the mouse at any time should also switch to 'mouse mode'

There's no options menu displayed at all, just the cycling opening title screens.  The game also does not go into mouse mode when I click the mouse buttons (my current mouse's wheel can't be clicked as a third mouse button or rotated, but I'm assuming that isn't the button I should press to get the mouse recognised.)

I tried looking for a text-readable configuration file & found "boot.config" in the "VekWars_Data" folder of the game.  In this file I experimented changing "vr-enabled=" & hdr-display-enabled=" to every combination of "0" & "1" but this didn't achieve anything either.

I should mention I'm running VekWars on a PC using Windows 10 Pro.

(Btw, thanks for your assistance.  I suspect ironing this out will help a lot of past & potential purchasers of your work.)

Hi there.  Sorry for the problems you are having.  Can you give me a little more information about your setup?  Do you have a VR headset connected?  If not, it should not launch into VR mode at all, and moving the mouse should move the viewpoint from the moment the game is loaded, and clicking the left button should exit out of the cycling title screens and to the main menu.  Are you running the latest version of the game, and are you launching it from the desktop or from the itch.io client?  Make sure you are playing "VekWars - Latest Version" and not "Original VR Austin Jam Build".

looks fantastic but It would have been better if the player was a flying space ship than a fixed turret. Then It can be a 3D version of Defender I'm looking for so badly. 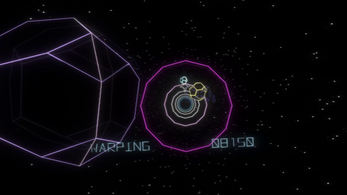 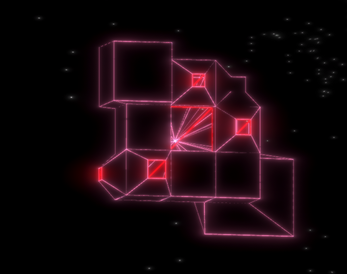 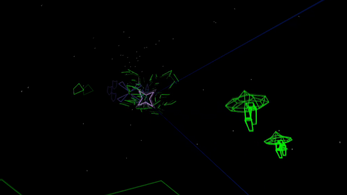 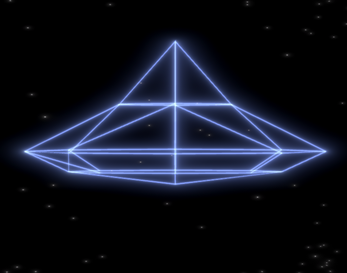 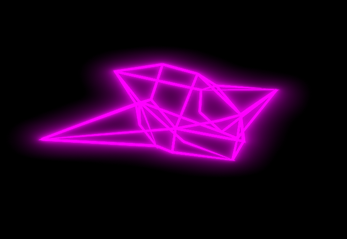 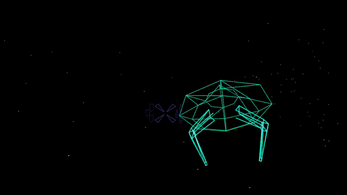